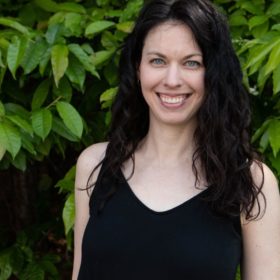 Kristin is a comedian, speaker, and author. Her clean, sharp, and occasionally alternative approach to comedy has brought her all across the United States and Canada, where she has performed at conferences, churches, in popular clubs, on cruise ships and more.

She has worked with comics such as Tim Hawkins, Michael Jr., and Ken Davis, and has headlined numerous events, including The Circuit, a week-long comedy tour in Toronto, Canada. Most recently, Kristin opened for The Mike Huckabee Show at TBN Studios and she speaks at youth conferences and camps all over the country.

Kristin has written two books for teen girls, The Smart Girl’s Guide to God, Guys, and the Galaxy and The Smart Girl’s Guide to Mean Girls, Manicures, and God’s Amazing Plan for Me, published by Barbour Books in 2014 and 2016. She has written for Sisterhood Magazine (formerly Brio Mag from Focus on the Family), as well as contributed to popular blogs like The Gospel Coalition and Stuff Christians Like. She is currently working on her third book and contributes frequently to a variety of blogs and online magazines.